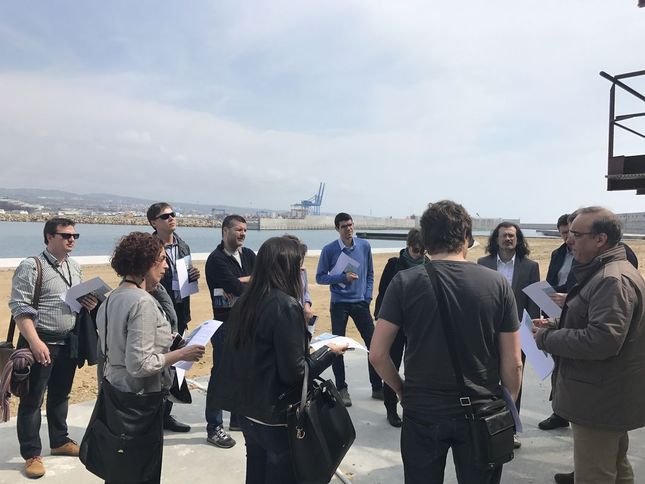 Article taken from our second newsletter

Tidal and Wave energy represents the two most advanced types of ocean energy technologies. In the EU, the aim is to reach 100 GW of combined wave and tidal capacity installed by 2050. In order to achieve these targets the sector needs to overcome a series of challenges and barriers with regards to technology readiness, financing and market establishment, administrative and environmental issues and the availability of grid connections especially in remote areas. Currently these barriers are hindering the sector’s progress; its ability to attract inwards investments and to engage with the supply chain to unlock cost-reduction mechanisms. A number of policy initiatives and mechanisms have been put in place to ensure that ocean energy technologies could become cost-competitive in the short term, in order to exploit the benefits that these technologies could provide to the EU. Despite the increased interest demonstrated by political initiatives, such as the above mentioned EC Communication on Blue Energy, ocean energy deployments are proceeding at lower pace than expected and the ocean energy market is still to be established.

On the Mediterranean Sea there are notable differences in development of Blue Energy sector compared to Atlantic Ocean and northern Europe and existing projects in Mediterranean are on initial stage of development. Mediterranean Sea is characterized by more or less suitable areas for the development of the Blue Energy exploitation, considered in all its sources - waves, tides, currents, salinity and temperature gradients along with other alternative energy forms related to the use of off-shore wind farms and the use of marine biomass. In the case of Italy, to date, the Blue Energy use in the Adriatic, Ionian and Tyrrhenian Seas is still in an embryonic phase when compared to the situation in other seas/oceans and is headed by single and experimental projects.

Wave energy: the annual and monthly average offshore wave power, varies between 1.6 kW/m and 9.05 kW/m. The Adriatic sea shows an average value around 2 kW/m, the smallest value around Italian coasts, as expected. The Ionian, North and Middle Tyrrhenian seas are a bit more energetic reaching a value of about 3 kW/m whereas the South Tyrrhenian is characterized by a value of 4 kW/m. A completely different behaviour is highlighted for the Alghero buoy (north-west Sardinia island) where the estimated power reaches the value up to 9 kW/m. The site is subject to direct approach of swells from distant storms of one of the most perturbed region of the Mediterranean Sea. In fact, it is influenced by rapid change in currents caused by winds from the east and north Europe. Here the estimated power reaches the value up to 9 kW/m. The high energy potential for West Italian offshore (Sardinia) is also showed from wave climate registered around the west coast of Sicily Island. Sicily has mid-Mediterranean location, positioning at the end of the passage formed from Sardinia and Tunisian coast. This configuration creates a localized weather system that encourages the coming of the wave energy resources from the far field. However, the data set of the buoy operating in Mazara del Vallo provides point wave power assessment of 4.75 kW/m, which is only half of the power reached in Alghero. It is important to note that Mazara del Vallo wave buoy is located offshore of the south-western coast, in a naturally sheltered site, so that its primary and secondary fetch sectors result quite reduced. The south facing shores, in fact, experience more gentle swell conditions associated with weaker seas generated by damped winds passing through the Tunisia and Sicily island. Hence, greater energetic conditions are expected for the Sicilian western coast.

Tidal energy: in Italy there are only few locations with an existing exploitable resource of current energy and one of them with a significantly greater potential is Messina strait. On that location, many test devices have been implemented and few of them even went to full scale. The main example is The Enermar pilot plant. The installation site was offshore near Messina, by the Sicilian coast, where the average speed of the tidal current is between 1.5 e 2 m/s, although there are points, in the Strait of Messina, where the velocity peaks can reach more than 3 m/s.

Offshore Wind: the highest wind speeds, between 6.5 and 7.5 m/s, appear in the south-western parts of Sardinia (Sardinia Sea) and Sicily coasts (Sicily Strait). The absolute minimum (between 3.5 and 4.0 m/s) appears at the corner facing the border between Italy and Slovenia (Northern Adriatic). Other secondary minima can be found near the coastal areas of Liguria (between 3.5 and 5.0 m/s), Lazio (between 5.0 and 5.5 m/s), and Marche (between 5.0 and 5.5 m/s). In particular we consider a typical 1.5 MW turbine with hub height of 60 m and a typical 2.3 MW turbine with hub height of 85 m. As is evident, a hypothetical distribution is similar to that of the wind speed, with maximum values (up to 6500 MWh to 60 m up to 10000 MWh to 85 m, corresponding to about 4000 hours of work equivalent of the turbine at its rated power) in the parts southwestern coasts of Sardinia and Sicily.