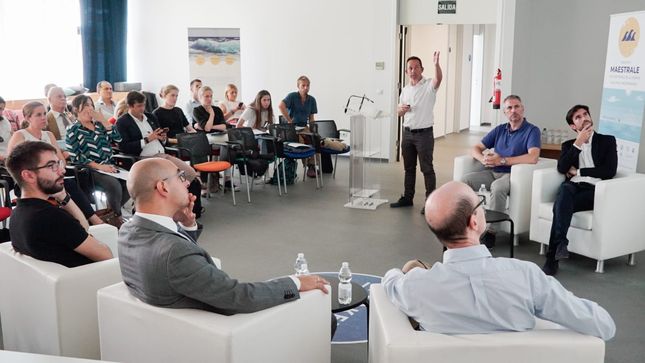 Is it possible to implement profitable renewable energy in the Mediterranean Sea? This has been the response that researchers, companies and entities have tried to answer during the fourth and last Blue Energy Lab held yesterday in Valencia.
That the Valencian Community is experiencing a renewable energy boom is not something new. Spain currently represents the second blue economy of the European Union after the United Kingdom and includes activities such as fishing, shipbuilding or coastal tourism.
During 2018, the total electricity generation of the Community produced by renewable energy accounted for 18.45%, some 3,533GWh that are far from achieving the objective proposed in the Generalitat's Sustainable Energy Plan that expects the production of 5,963GWh by 2020 . This event, whose objective is to focus on marine renewable energy as an emerging sector with much present and even more future, has been held in Innsomnia and has had the participation of AIMPLAS, the Directorate General for Climate Change, EnerOcean, Fran Silvestre Architects, TYPSA, Rover Maritime and Valencia Port.
Throughout the day several innovative projects have been analyzed, such as the Wind Tower whose implementation is planned in La Marina de Valencia by 2022 and will have 663 integrated mills that expect to produce around 5.4GWh. They also presented several devices that due to their characteristics could be a valid proposal for future implementation on the coasts of Valencia such as the Gravi3 device of TYPSA, the Butterfly of Rotary Wave or the W2Power, a device that they have already tested on the coasts of Gran Canaria.
In addition, from Valencia Port they presented several initiatives to take into account when carrying out the expansion of the port for self-sufficiency, taking advantage of solar, wind, tidal and wave energy, as well as their commitment to achieve a “zero emissions” port.

There were also several offshore construction technologies such as Windstore or the Flotant project for buoyancy of wind turbines. 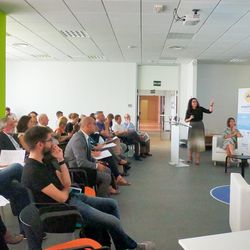 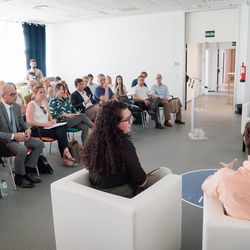 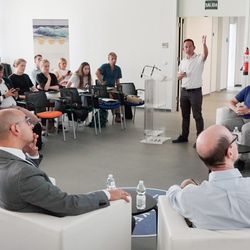 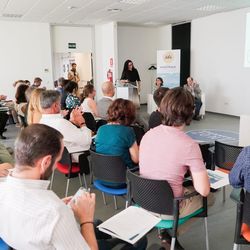 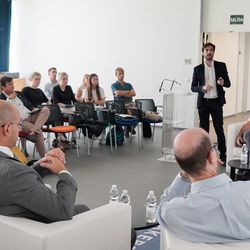 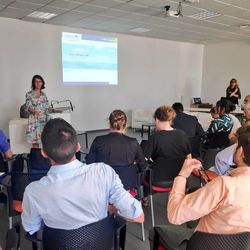