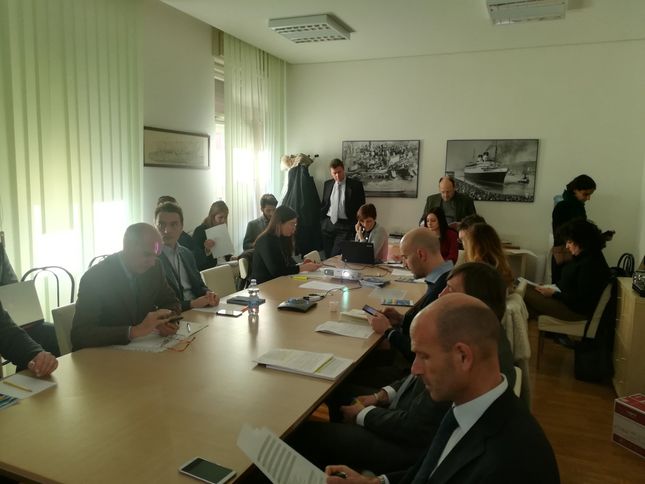 It is called Blue Energy Lab (BEL) and is the first observatory of Friuli Venezia Giulia region on energy and sea. BELF VG kicked off on Thursday 15 February in Monfalcone, in Friuli Venezia Giulia region, under the organisation of Informest, at the MareFVG headquarters, the regional technology cluster specialised in blue growth.
The meeting was attended by a large representation of regional stakeholders already active or interested in operating in the renewable energy sea sector.The Blue Energy Lab is part of the MAESTRALE project, a European project funded by the Interreg MED Program, which involves eight countries (i.e. Cyprus, Croatia, Greece, Italy, Malta, Portugal, Slovenia and Spain).

Claudio Cressati, Informest President, said: "Friuli Venezia Giulia can make a big contribution to the renewable energy sector with high technological content: new materials, automation systems, sensors and advanced communication systems, are all innovative technologies on which our businesses can play a leading role. Thanks to BEL FVG we will be able to identify two regional pilot actions to concretely test the potential impact of blue energy".Lucio Sabbadini, managing director of MareFVG, also underlined that alongside the traditional sea economy, there are uses that are not yet well known and that are all to be explored, such as the collection of minerals from the seabed, marine robotics and, above all, the exploitation of the energy that the sea releases.

BEL FVG will be an instrument rooted in the territory, which will allow us to monitor an innovative, fast growing and particularly strategic sector for the whole Mediterranean area. The blue energy, in fact, looks at the sea as a future fundamental renewable resource, studying its potential in all its components, from currents to tidal movements, from salinity and temperature gradients to biomasses from algae. The regional BEL will be aimed to spread a new blue energy culture, bringing together the most innovative European technologies and experiences with all the actors of the regional sea supply chain. Studies, models and results will flow into the Open Day that will take place next year in autumn, and which will be the first public opportunity to compare and analyse the work of the observatory.